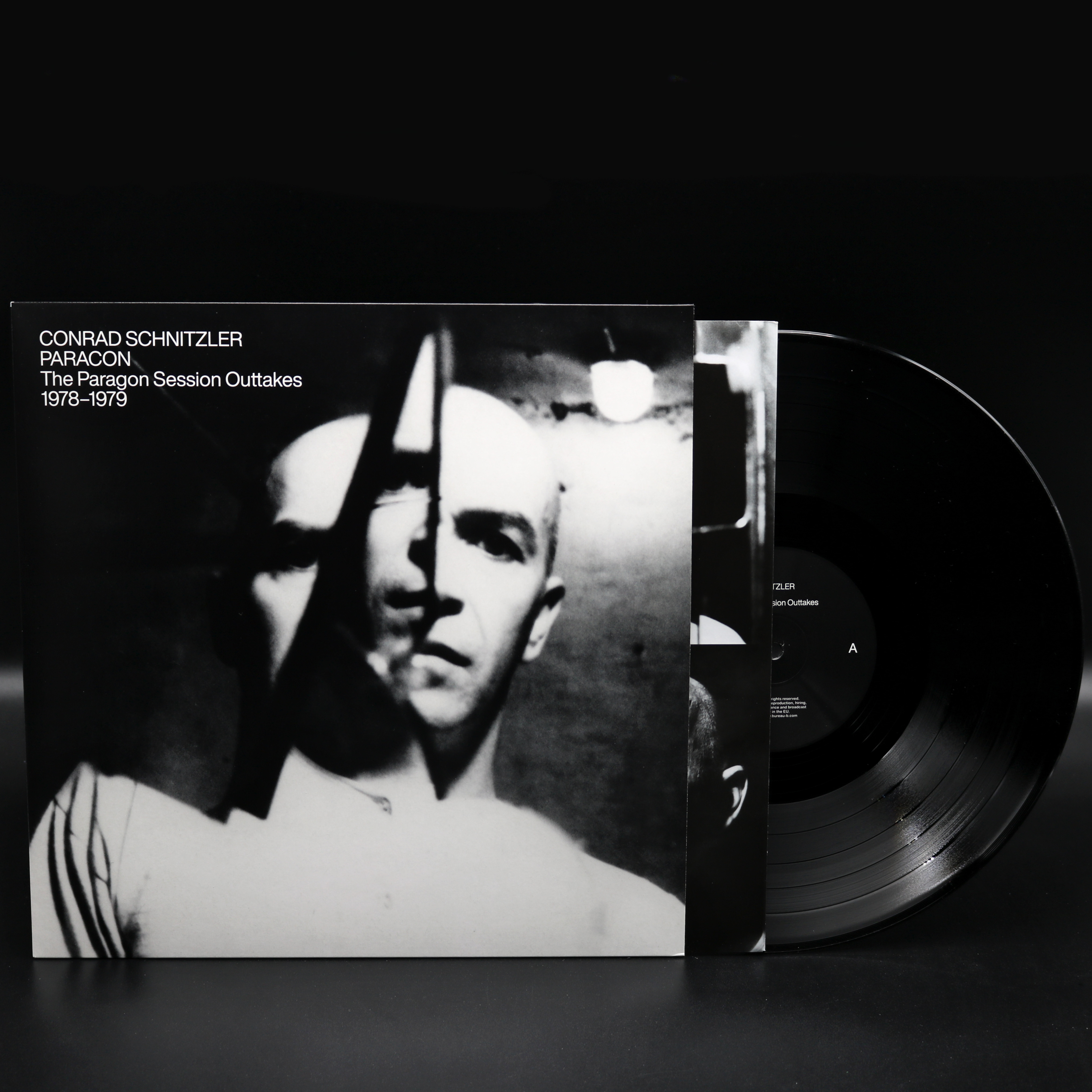 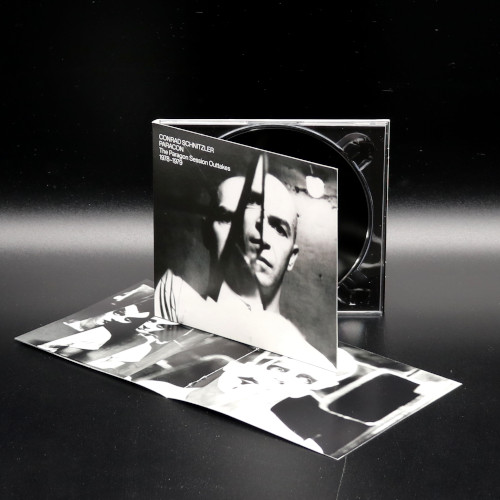 Vinyl Version back in stock!

These entirely instrumental recordings were created in the late 1970s at Peter Baumann’s Paragon Studio. This stellar period gave rise to the finest works: the Con, Consequenz and Con 3albums, featuring such wonderful pieces as Fata Morgana, Coca and Auf dem schwarzen Kanal.These recently discovered pieces take the aforementioned albums a stage further. Sounds complementeach other as they are reprised, whilst continuing to exist in their own cosmos. As you listen, you feel asif you have been transported back into the studio itself while the sessions are happening.

Wolfgang Seidel, co-author of these pieces, has opened up his archive of recordings to theBureau B label. He and Conrad Schnitzler spent many years together experimenting with sound,capturing the results on the two Consequenz albums, amongst others.

Schnitzler is electronica in its purest sense. He succeeds in rendering the unconscious audible. This goes far beyond “music to listen to”, it is music which works on different levels, music to move you.