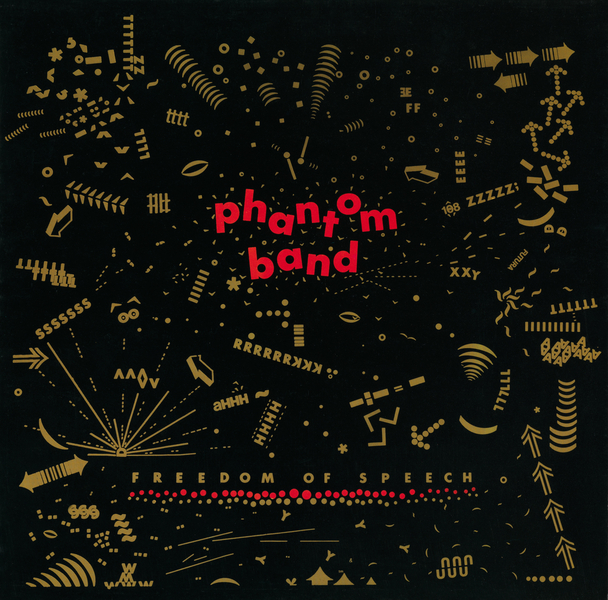 Vinyl is sold out!

The second album of the Phantom Band is quite different to the predecessor. The line-up features the spoken word performer Sheldon Ancel on the microphone instead of bass player Rosko Gee. Whilst the debut album revealed many Caribbean or African influences and a generally positive frame of mind, "Freedom of Speech" is a somewhat darker avant-garde rock manifesto, interspersed with individual dub or reggae pieces. All they have in common are Jaki Liebezeit's inimitable monotone polyrhythmic drumming and the Phantom Band's predilection for hypnotic (Jamaican) grooves.