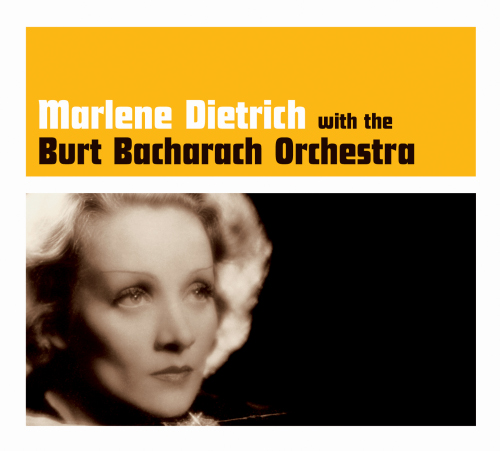 When Marlene Dietrich met arranger and composer Burt Bacharach, born in Kansas City in 1927, her second career had already begun. Following Josef von Sternberg’s magnificent 'The Blue Angel' in Berlin, a number of average Hollywood productions and her engagement on the side of the Allies in the Second World War, she had, at fifty, turned her attention to singing. Together with Burt Bacharach, she developed and refined a programme, in minute detail, which remained virtually unchanged for years and yet – or indeed because of such perfectionism – met with rapturuous applause time and again. Standing ovations from Paris to Rio de Janeiro, from Berlin to London, in Warsaw and Tel Aviv.

»Once I had decided to devote myself entirely to performing on stage, he was to become the most important man in my life. He did not just conduct the orchestra and take them through rehearsals, he was also a divine pianist, he practised with me, he taught me–his obedient student. He did all this at the same time. He was so patient, so incredibly talented, musically. He took me, a nightclub singer, and turned me into a star of the stage.«

The glamourous Hollywood vamp knew what a find this young, ambitious man was, and he paid her back in the sweetest-sounding currency imaginable.

»She was an absolute perfectionist. I had to rehearse with the orchestra for days on end before each performance. I'm a perfectionist myself, but nothing compared to her. One false note could drive her wild. Sometimes the musicians were so exhausted by showtime that they could barely hold their instruments. The reviews would say ›it was a very intimate concert, full of atmosphere‹.«