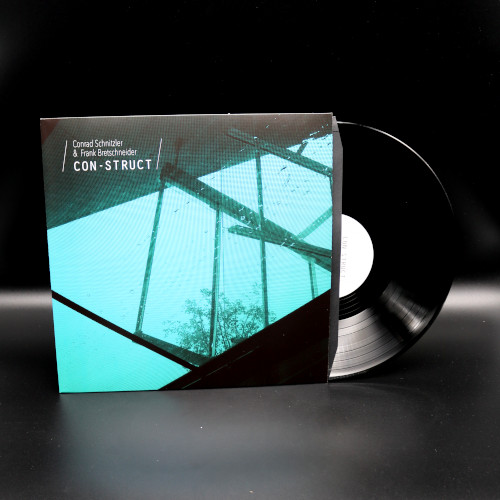 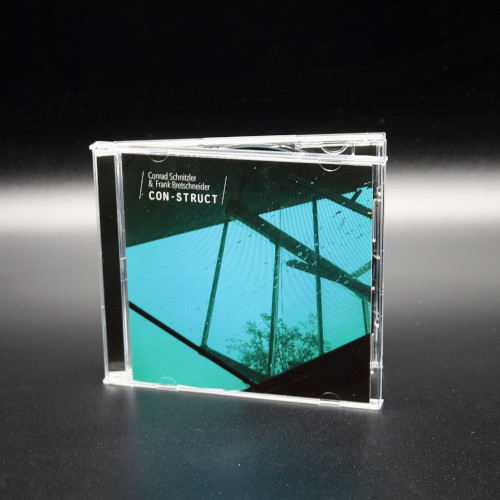 Bretschneider on his con-struction:
I read the name Conrad Schnitzler for the first time in the arti- cle about Tangerine Dream in the Rowohlt Rock Lexicon from 1973 (back then, at 17 in the GDR, an indispensable guide). The first time I heard his music was only in 1980, when his wave track "Auf dem Schwarzen Kanal" was played on the ra- dio, an RCA 12" Super Sound Single in disco remix. Then the man was gone and stayed under the radar again, in spite of his almost inflationary number of releases. Maybe his mate- rial was too obscure or his approach too radical to be noticed by the general public. It wasn't until 1988 that I heard from Schnitzler again, a tape on Jörg Thomasius' East Berlin Kröten Kassetten label. And again almost 10 years later his Plate Lunch CDs "Rot" and "00/106". But it was all too rough and raw for me, both in terms of sound and organization, kind of mechanically and not really cool. Only after I heard Wolfgang Seidel at the NBI around 2002 with one of his tape concerts, I came slowly closer.
Schnitzler's early role as co-founder of two influential bands is one reason for the ongoing reception. Another is his con- sequence as an artist. "I'm not interested in having publicity or a public feedback" he declared in an 1996 interview. It remains an open question whether one has to completely refuse to do so. But I was always fascinated by this almost extinct way of being an artist in its full independence. Just as I feel connected, as a self-taught person and as someone who prefers to look forward instead of looking back: "I don't want nostalgia." After all it was Jens Strüver who inspired me to work with Conrad Schnitzer's material.
I had the idea of flowing music in which patterns develop, shift, dissolve and finally reorganize. A modular system seemed the most suitable to connect Schnitzler's world with my own by triggering and modulating his sounds via a sampling module and supplementing them with my own. Perhaps I have not always succeeded in merging both worlds congenially, sometimes they orbit, sometimes they collide, but they never stand still. As Conrad Schnitzler says in his "Context" manifesto: "The sounds don't come to stay."