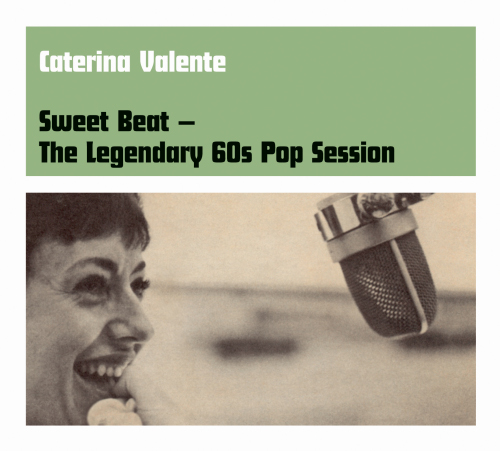 1. We Can Work It Out
2. You've Got Your Troubles
3. Fascinating Rhythm
4. Music To Watch Girls By
5. Ol' Man River
6. San Francisco
7. Blueberry Hill
8. Don't Sleep In The Subway
9. C'est si bon
10. Waterloo Sunset
11. Terrible Feeling
12. I Dig Rock And Roll Music
13. Happy Together
Medien
keine Inhalte verfügbar
Produktinformationen "Caterina Valente - Sweet Beat / The Legendary 60s Pop Session"
When Caterina Valente was elaborating the concept for her new international album in 1968, the radio speakers were still blasting out Scott McKenzie's 1967 hymn of praise for the flower generation of San Francisco: "Be sure to wear some flowers in your hair". The new "swinging London" became the place of birth of new recordings by artists such as The Beatles, The Kinks and Petula Clark.

And so, Caterina Valente and Eric van Aro, who was her husband and manager at that time, decided to do a tribute to sixties pop. They called the LP "Sweet Beat", centred around four successful songs by British artists plus four more hits that were actually performed by American artists in their original version.